Piccadilly Circus in London is one of the city's biggest draws.
9 August, 2016
Visitors to London almost always want to see Piccadilly, and plenty of them take photos at the Shaftesbury Memorial Fountain.
Yet tourists and West End Londoners alike may not know that the statue atop the fountain – the one that looks like Cupid, with his bow – has a few secrets of its own. Now, after 120 years, the surprise discovery of the statue's twin has created new interest in the piece. 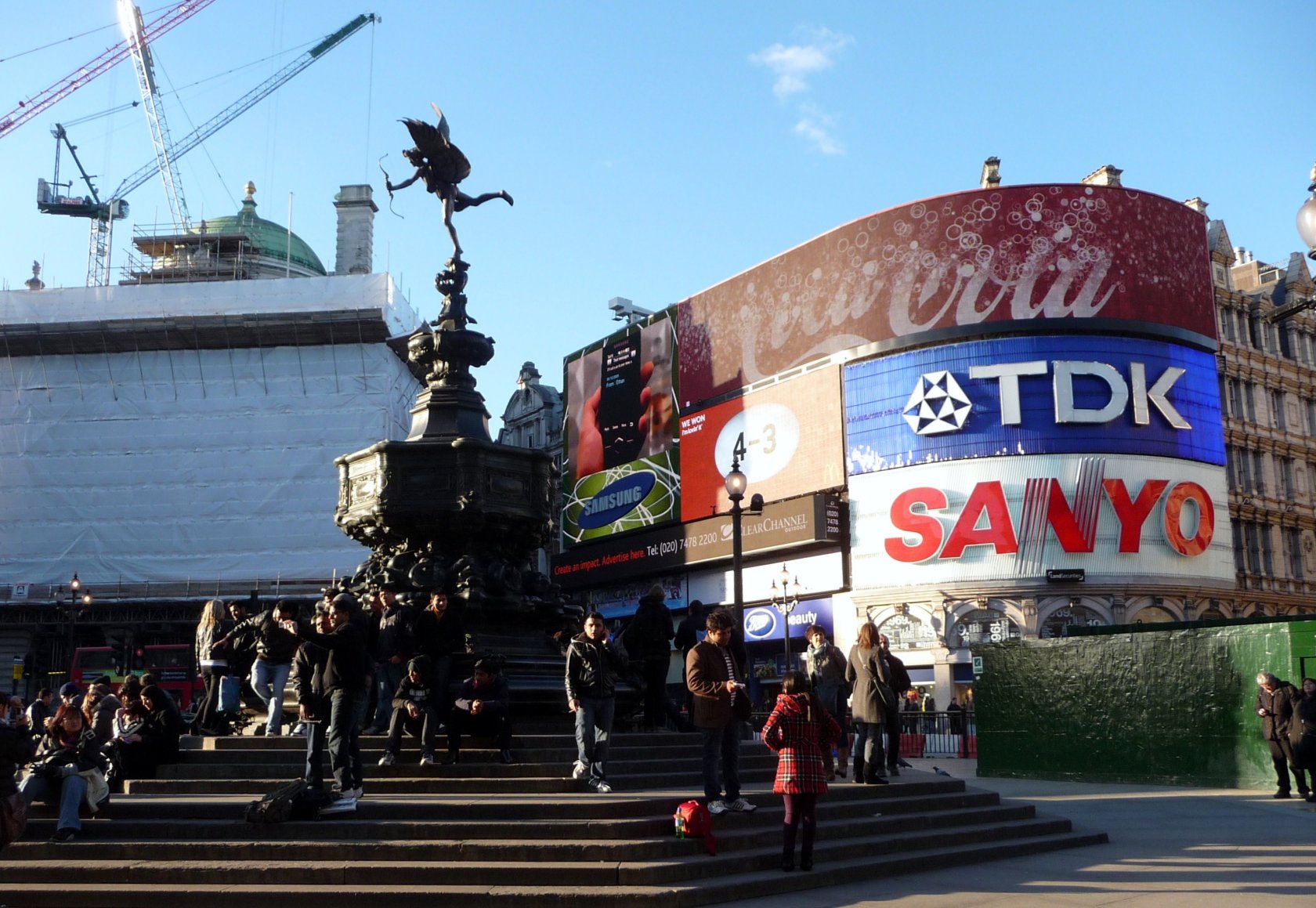 Image: Lewis Clarke/
Wikipedia
The history, of course, helps to make more sense of the mystery. First there's the statue, which is often mistakenly identified as Eros, the Greek god of love. The work actually represents Anteros, who in Greek mythology was the brother of Eros and is the more selfless, philanthropic god of requited love. The winged statue is among the first sculptures in the world to be cast in aluminium, and was created by Sir Alfred Gilbert to honor the philanthropy of the 7th Earl of Shaftesbury.
Anteros reflected Britain's New Sculpture movement, a 19th-century shift in sculpture often achieving its symbolism by combining mythological subjects with a physical realism. Gilbert embraced its principles – and metals – as a leading light of the New Sculpture school. He completed the work in 1893, and the aluminium Anteros was set atop the bronze fountain base where it remains today as a beloved and protected icon of London's rich history.

Fast forward more than 120 years, and the Shaftesbury story becomes fraught with intrigue – and so does the statue's own history. Legend has it that the arrow of the Anteros statue in Piccadilly Circus was aligned to point toward the St. Giles estate in Dorset, but the Shaftesbury line wasn't at home there after the 1960s. 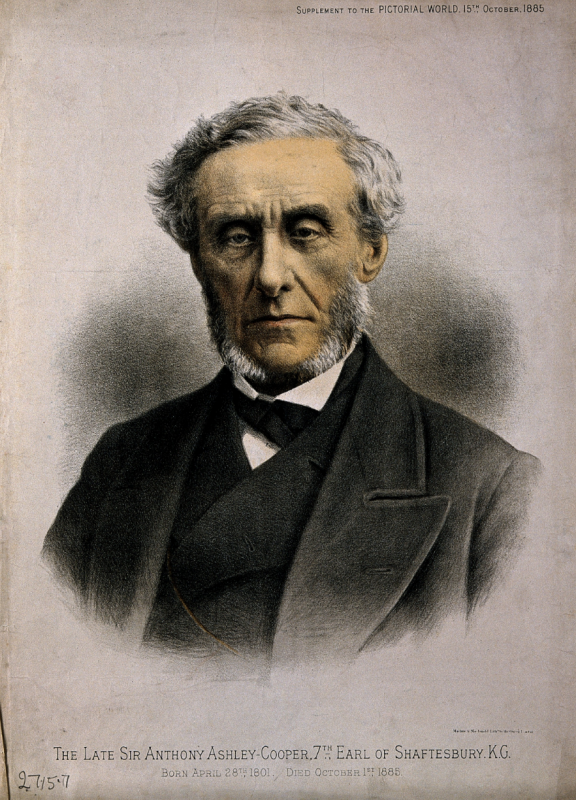 Anthony Ashley Cooper, 7th Earl of Shaftesbury
Image: Wellcome Images/Wikipedia
Fortunes change, and later generations saw their estate fall into disrepair. The St. Giles House, which had been the family home since the first stone was laid in 1651, was eventually abandoned. The property, some of which had been demolished, remained empty and forsaken until the 12th Earl of Shaftesbury inherited the property – reluctantly, and tragically – and restored it to its former elegance.
Interview with Nicholas Ashley-Cooper, Earl of Shaftesbury
St. Giles House, Dorset, England. Image: Shaftesbury Estates/Wikipedia.
For Nick Ashley-Cooper, it was never what he envisioned. Nick was working at East Village clubs in New York City and was a fixture of the city's music scene when his father was murdered in a tabloid-worthy scandal in 2004. Nick's older brother Anthony became the 11th Earl of Shaftesbury following the death of his father, whose body was found in France in 2005, but then Anthony died as well. Nick, with his tattoos and night-owl rave club DJ gigs, suddenly became the 12th Earl and inherited the 450-year-old estate. 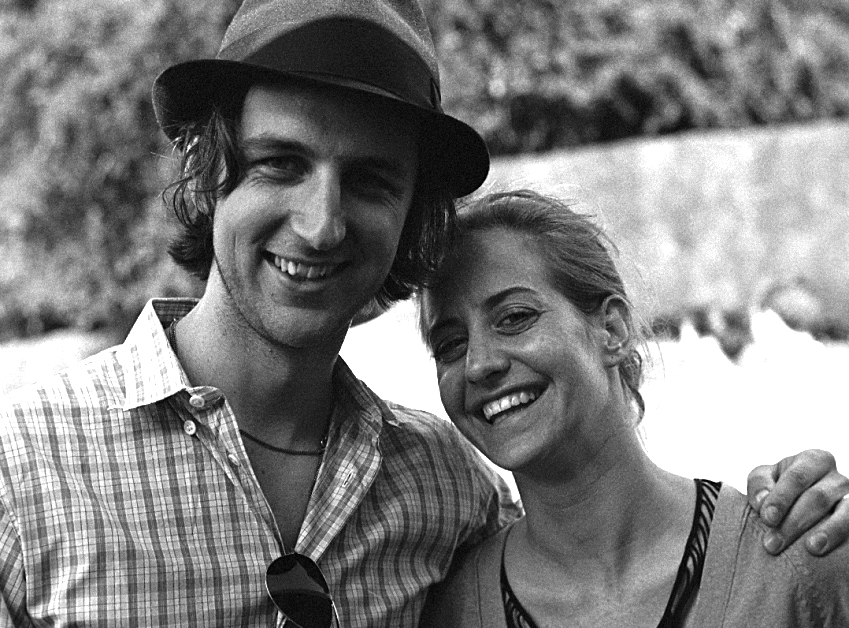 Nicholas Ashley-Cooper and his wife Dinah. Image: Dinah Ashley-Cooper/Wikipedia.
Rather than walk away, Nick and his wife moved into St. Giles. The restoration won a prestigious 2015 Historic Houses Association (HHA) & Sotheby's Restoration Award. "Only a few years ago snow was blowing into the library and the 18th-century grotto was in an extremely fragile condition with trees growing through the walls," noted the association. Nick and his wife Dinah created a family home, as well as a stunning events venue for weddings, conferences and arts celebrations – an effort that would have pleased Nick's father, who once was chairman of the London Philharmonic Orchestra. 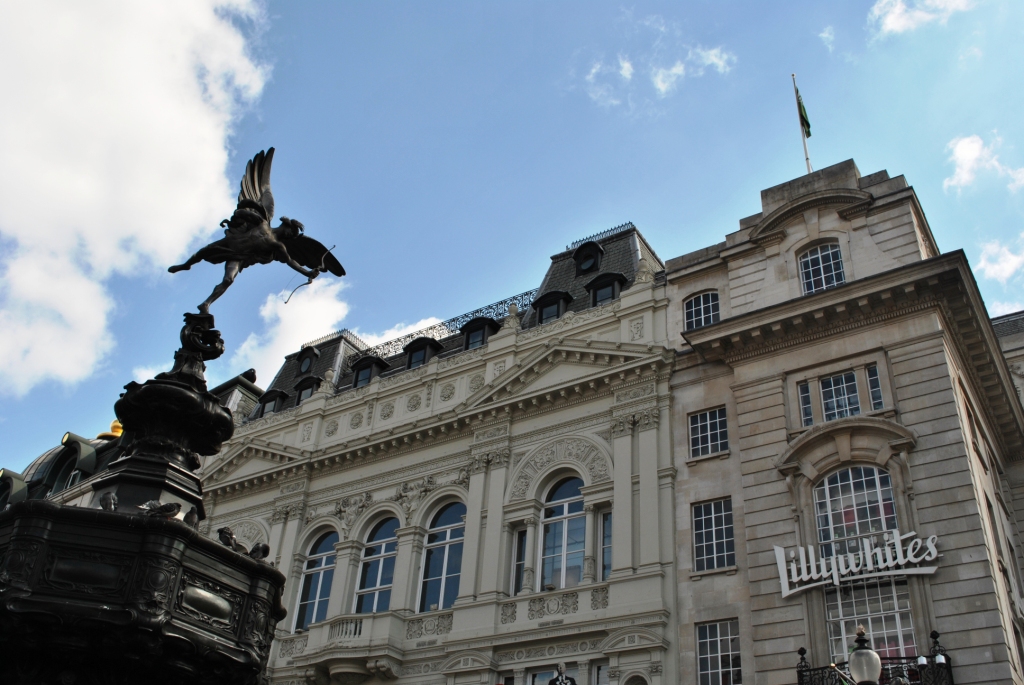 Anteros, by Sir Alfred Gilbert. Image: Elisa Rolle/Wikipedia.
But it was the surprise discovery of a second Anteros statue, also cast in aluminium, that may have pleased him all the more. It was thrilling for Nick when this forgotten copy of Anteros was reinstalled at St. Giles as part of the restoration. Now, from the garden on the east side of Nick's house, the secret, second Anteros points its arrow back at Piccadilly Circus and the original Shaftesbury fountain in London.
Banner image: Bournemouth Echo.
CSS files JS files
﻿