Aluminium is versatile: it is not only a universal structural material,
but also a perfect electricity conductor. Today, along with copper,
aluminium ensures power transmission worldwide.

"We will make electricity so cheap that only the rich will burn candles". 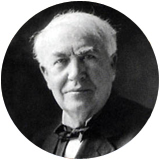 Electricity is undoubtedly one of humanity's most important discoveries. It sets everything on our planet in motion, allowing connecting continents to connect in just a fraction of a second. Without electricity, today's scientific and technological advances would be impossible. And we would not be able to produce aluminium without electricity. It is interesting that today exactly this metal is responsible for power transmission over thousands of miles.

Among base metals, aluminium only copper is a better, but only by 33%, at the same time aluminium has an undeniable advantage – it is lighter. An aluminium wire have a 1.5 times larger cross section to pass the same current as a copper wire, but two times lighter. Weight is one of the most important parameters for high-voltage power lines that transmit power over long distances. Therefore, only aluminium wires are used in main overhead power lines.

Metals with the highest electroconductivity

The first aluminium wires appeared in the late 19th century in the USA. In 1880 in Chicago, the head of a train station noticed that all of the outdoor copper wires were deteriorating quickly. This, he concluded was down to fact that the copper was being corroded by locomotive smoke. The reason he decided to use aluminium as a substitute is unknown, but a copper wire several hundreds metre long was replaced with an aluminium one that turned out to be far more durable despite the fact that the number of trains at the station grew each year.

The comparably light weight of aluminium wires reduc the load onto grid pylons and increases the distance of spans between them, thus reducing expenses and shortening construction time. When current passes through aluminium wires, they heat up and their surface [becomes covered] with an oxide film. This fim serves as an excellent insulator protecting the wires against external effects.

of the total volume of aluminium produced today is used in the energy sector
Alloy series 1ххх, 6ххх, 8ххх are used to produce aluminium wiring. The latter series create products with a service life exceeding 40 years.

An aluminium rod – a solid aluminium rod with a diameter from 9 to 15 mm – is a workpiece for an aluminium cable. It is easy to bend and roll up without cracking. It is almost impossible to be torn or broken and easily sustains significant static loads.

The rod is produced by means of continuous casting and rolling. The resulting casted workpiece is passed through several roll mills reducing its cross section to the required diameter, and a flexible cord is formed that is further cooled and rolled up into large round rolls called coils. Then, at special cable producing facilities, the rod is converted to wire bywire drawing machines and drawn to diameters from 4 mm to 0.23 mm.

There are several types of wire for high-voltage power lines. 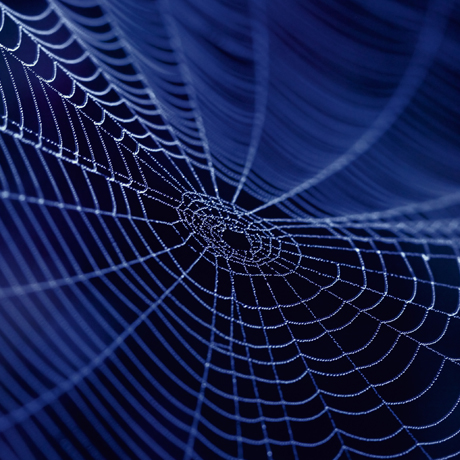 Overhead power lines are built on the catenary line principle. A spider uses the same principle in its web. Its inverse version is used in arch construction.
The most wide-spread type is ACSR, aluminium conductor steel reinforced. It has several twisted steel filaments in its core that are "wrapped" into layers of aluminium wire. Steel is used to increase the cable's strength and allows for the maintaining of the initial shape when heating and under other loads. The aluminium section is responsible for current transmission.

After all, an aluminium conductor composite core (ACCC) reduces the thermal sag effect typical for ACSR with its steel core expanding under heat. The expansion factor for a carbon core is 10 times less than for a steel one. Moreover, it is significantly lighter and stronger – this means 28% more aluminium can be used in such a wire without increasing its diameter and total weight. Additional aluminium reduces power losses in the line by 25-40%.
Use of aluminium and copper in energy

Existing copper conductors are being replaced around the world, with companies tending to use aluminium wires when new power lines are constructed, especially in the low-voltage lines sector. For example, the National Electric Code (USA) stipulates using aluminium wiring in the construction of new buildings. New standards for using low-voltage aluminium conductors come into force in China on September 1, 2015. This will inevitably lead to increased consumption of aluminium in that country. 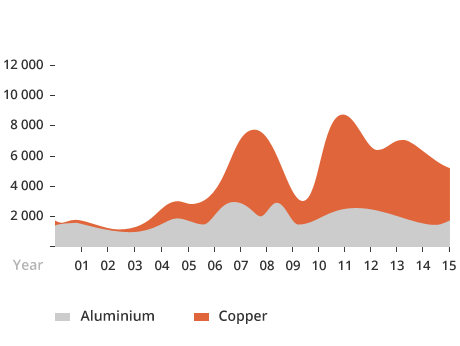 Using aluminium cables also has a significant economic effect. First, aluminium is much cheaper than copper, second, a higher conductance of aluminium allows transmitting more electricity using the same infrastructure. As global power consumption continues to grow, grids cannot handle the existing load, the number of overloads and faults increases, and construction of new power lines is much more expensive than cable replacement.

Producers aim to improve aluminium alloys for electric engineering needs. One example is aluminium & zirconium conductors that doublthecapacity of power lines without replacing or building new pylons. This is especially valuable at locations with compact planning or at barely passable landscapes. Aluminium successfully replaces copper wiring in vehicles, thus reducing their total weight by 12 kg on average.

Aluminium and its alloys are also widely used in the production of electronic and microelectronic components, in particular, capacitors. It is also used to produce antennae, including TV antennae. This metal is used in radar construction. In some countries even pylons for power lines are made of aluminium. Aluminium is widely used in the production of transformers and rotor low-voltage motors.