As railways follow the auto industry in the pursuit of fuel-efficient transport, lightweighting has become an every more important means of reducing energy use and the environmental impact of modern infrastructure.
1 June, 2016
One of the most significant changes to take hold over the last decade has been the replacement of steel railway carriage bodies with aluminium. This is being seen as a major advance in the push towards lighter and more efficient rail vehicles.
European aluminium producer Constellium and Canadian aerospace and transportation firm Bombardier have been at the forefront of the switch to aluminium railway carriages, with both companies championing the metal's light weight and high degree of strength and durability. Bombardier claims credit for being the first company in Europe to put forward its aluminium carbody concept for high-speed trains, delivering 850 trains and vehicles designed for use at either high or very high speed. The company's Zefiro family of high-speed trains is designed to travel at speeds ranging from 250 and 380 km per hour.
“
Aluminium allows Bombardier to manufacture low weight vehicles and thus reduce environmental impact, with a high quality exterior finish.
— Guillaume Rétaux, Head of Strategic Sourcing at Bombardier Transportation
Aluminium has long played a role in building railway infrastructure. In the 1960s, aluminium played a vital role in the world of cog railways used in mountainous areas. It was not until the 1980s that aluminium first made an appearance on high speed and suburban rail services, but the lightweight properties of aluminium that led to its adoption across the rail network. Lightweight materials mean faster acceleration and lower running costs for rail operators. The reduced axle load also means less wear on bogies (metal chassis which carry wheels) and rail, lowering maintenance costs in the long term.

TGV (France)
Source: Wikipedia
Crossrail (Great Britain)
Source: Crossrail
L0 Series Maglev Train (Japan)
Source: Wikipedia/Flickr (Maryland Governor's Office)
In addition to the TGV Duplex in France, aluminium trains can now be found in many other countries. Canada's LRC, Japan's Hikari Rail Star, and the new Crossrail trains entering service in London in 2017 all take advantage of lightweight aluminium to improve efficiency. In some cases, the reduced weight of aluminium allows for train speeds of over 350 km/h. Japan's famous Shinkansen or "bullet train" carries passengers at 320 km/h, although the cutting-edge Lo Series magnetic levitation (or maglev) trains now being tested by the Japanese trail service are capable of topping speeds of 600 km/h and completing the 286 km journey between Tokyo and the city of Nagoya in just 40 minutes (less than half the time it takes on the bullet trains currently in use).

Aluminium has become so ubiquitous as a construction material for rail carriages that than 80% of carriage bodies for Western European local and underground trains are now built out of the metal.
The remaining 20% of steel-bodied coaching stock still in use in Western Europe offers significant possibilities for the expanded use of aluminium in the rail industry. As well as being lighter and more cost efficient to operate than steel, aluminium is seen as a more environmentally friendly material than steel. Much of the aluminium produced in Scandinavia, Russia, and North America is produced using electricity using hydroelectric and other reusable sources of energy. Norsk Hydro, for example, is Norway's second-largest producer of hydroelectric power, while UC Rusal's Boguchanskaya (BEMO) hydroelectric plant is designed to produce 3,000 MW of power once fully operational.

Aluminium is also known for its ease of recycling (and infinite recyclability), cutting down on waste when a railway carriage reaches the end of its serviceability. 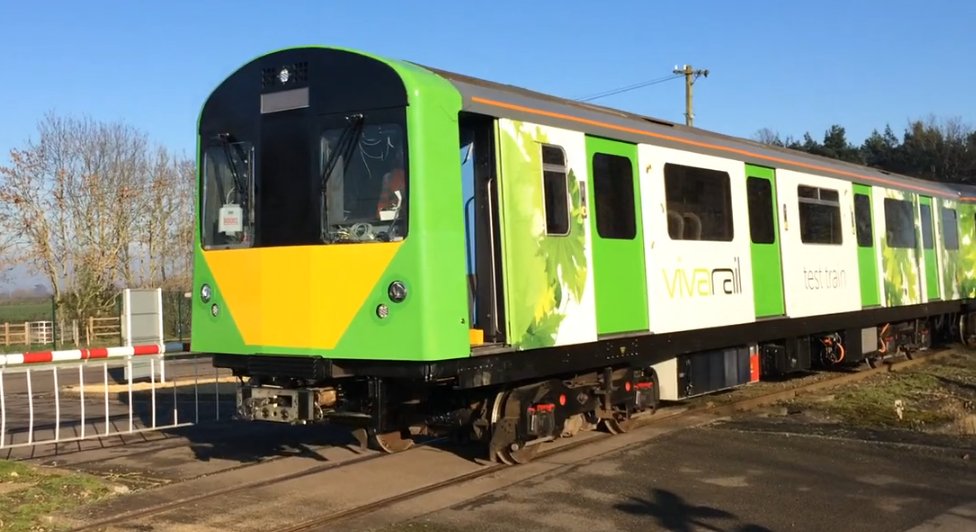 Photograph: Focus Transport
In addition to their high rates of use, aluminium carriages enjoy an exceptionally long working life. In just one example of the longevity of these carriages, the overcrowded rail network in the greater Manchester area of the United Kingdom is looking to potentially using refurbished cars from the London Underground in order to alleviate its chronic shortage of commuter space. Even though they are thirty years old, the aluminium shells of these carriages are rust-free and "good as new." With their internal fittings and equipment completely replaced, these rejuvenated rail carriages could see up to 15-20 years of additional service.
Banner image by Bombardier.
﻿